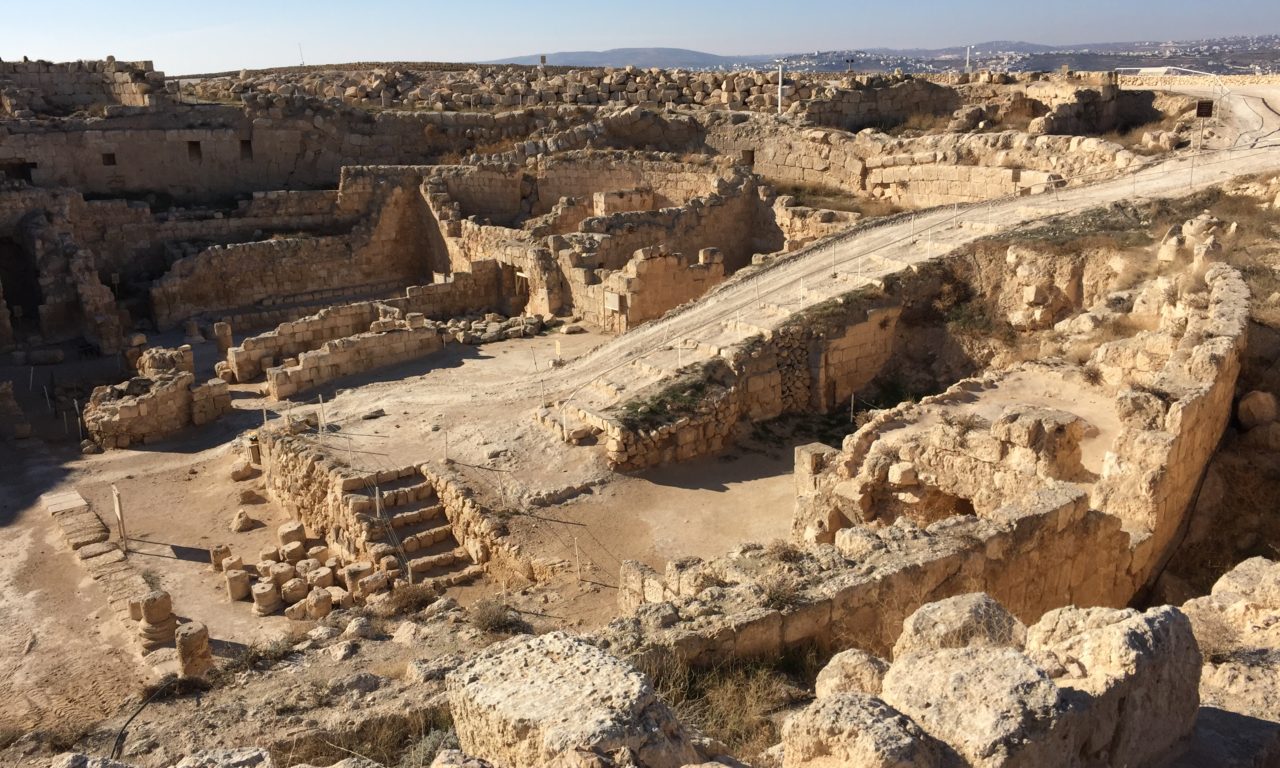 Herod’s Palace is located about 3 miles south of Jerusalem. Originally, atop the natural hill, Herod erected two concentric circular walls 12 feet apart—we shall call this the encasement. It was 207 feet in diameter.

King Herod built his fortress between 37BC and 4BC.  The fortress consisted of four towers, each having seven stories, a bathhouse, courtyards, a Roman theatre, banquet rooms and elaborate living quarters for himself and his guests.

The picture above has us standing on what remains of this encasement and looking down into the palace-villa, built on bedrock. You can see the inner encasement wall on the other side; increase its height to at least 60 feet, plaster it, and you have.

The escape tunnels and caves are under tunnels inside the hill.  These tunnels were used during Roman siege to ensure safety and water was able to be supplied to the fortress.  More tunnels were carved out by the Bar Kochba rebels.

It is believed the Jewish rebels in AD 70 turned one of the banquet rooms into the synagogue at Herodium. It is of the Galilean-type, featuring stone benches built along the walls and aisles formed by columns that supported the roof. It is one of the oldest synagogues in the Levant.

Following the Jewish occupation of Herodium, it is believed Christian monks spent time at the site. Three churches have been uncovered on the site with mosaic floors. The churches are located in lower Herodium  and vary in sizes.  Lower Herodium complex also includes the ruins of the palace, a large pool, bath house, and buildings from the time of Herod.